The 10 Most Common Plumbing Problems

Dripping faucets are so common that it’s rare to find someone who hasn’t experienced this issue. It’s not just a source of irritation; the waste of water can push up your water bill and cost you money. A single faucet can drip away hundreds of gallons over the course of a year.

The cause of dripping faucets in many cases is an internal washer that has become stiff, torn, worn, or dislodged over time. If this is the problem then it can usually be fixed by someone with basic DIY skills and basic tools. The water supply to the dripping faucet is switched off, the faucet is disassembled, the faulty washer is replaced, and then the faucet is reassembled.

This problem is typically caused by a blockage that is restricting water flow. Your kitchen sink drain may contain things like congealed fat and food remnants. In a bathroom sink, the blockage is more likely to be caused by knotted hair and soap.

Methods for clearing a clogged sink might involve using a plunger, pouring down baking soda and vinegar or a chemical clog remover, or using a plumber’s snake. If the problem isn’t tackled, then it will likely worsen over time, until eventually the drain is completely blocked.

How to Unclog a Sink Drain Using Chemicals

Note: Chemicals can cause damage to your drainage pipes if used repeatedly, so I would recommend not resorting to this method lightly.

As with slow draining bathroom sinks, bath and shower drains generally get blocked up by clogs of hair and soap. Clearing the blockage may require the use of a plunger or a plumber’s snake. Baking soda and vinegar can sometimes dissolve the clog too. The problem will usually get worse over time, if not dealt with. The issue can be prevented or minimized from recurring by buying a drain guard to catch the hair.

How to Unclog Your Shower Drain Using a Plunger

When the toilet bowl fills up and doesn’t drain away, you’ve got a clog. The blockage is normally caused by a mixture of paper and human waste. Clogged toilets can normally be fixed with a plunger. If that doesn’t work then a sewer snake or drain auger can be used to loosen up the blockage.

A running toilet can be costly; up to 200 gallons of water may be lost each day. The most common culprit is a faulty flapper valve which controls the water that passes from the tank to the bowl. This is fairly straightforward fix with a toilet repair kit available at any hardware store.

Less commonly, toilet runs may also be caused by sediment affecting the flushing and filling. If your water bills seem high, check for silent leaks by putting some food coloring in the upper tank and see if it makes its way to the bowl without flushing.

This problem may not be discovered until you are in the shower and the water suddenly goes cold. There are multiple issues that can cause a water heater to fail. The pilot light may go out, and you have to relight it. A build-up of sediment in the tank can also cause problems. Another time, it may be the thermostat that is at fault.

Generally speaking, you will want a professional to inspect, maintain, and fix your water heater, unless it’s something very basic like the pilot light needing to be relit.

If your water trickles out of the tap rather than gushes, this may be a symptom of low water pressure. This is often a problem in older homes. Low water pressure can be cause by a number of issues, a common one being leaking pipes that have become broken, worn, or corroded over time.

How to clean a showerhead with vinegar

Garbage disposals are very useful appliances, but they do jam sometimes. Running them without water, disposing certain food substances such as cornhusks and potato peels, or allowing silverware to get inside can all cause problems.

Your first step to fix the issue should always be to hit the reset button, but if that doesn’t work, then you will need to open it up. If you have lost the key that comes
with the garbage disposal, then a 1/4 inch Allen wrench can be used to free the motor.https://www.youtube-nocookie.com/embed/jtQady0P53I?start=0

Leaky pipes can be more than just a nuisance, they can cause damage to furniture and floors, and the dampness can encourage bugs like cockroaches. Leaks almost always happen at the pipe joints. Tape, compounds, and fillers can often provide a temporary fix, but for something more permanent, you will need to replace a piece of pipe or the related fittings. This may well require using a plumber.

Leaks are more common in the winter when water can freeze, expand, and cause pipes to burst.

How to prevent pipes bursting in winter

Sewer system backups are, frankly, a nightmare. They can be smelly, nasty, unhygienic, inconvenient, and expensive to fix. If you have multiple drains and toilets not working and a bad odor of human waste, this is likely your problem.

There are three common causes:

1.   Plumbing harnesses a precious resource —water —to use safely for health, hygiene and well-being. Plumbing makes possible the miracle of clean, convenient water —something that is often taken for granted. 2.   Plumbing manufacturing innovations to gain water efficiency have dramatically reduced the amount of water used through toilets, showerheads,

Is It Necessary To Call Out The Emergency Plumber? It is always worth having some plumbing supplies on hand should something go wrong with your system, as you may be able to fix it yourself. Even if you do have problems with your plumbing, and you cannot deal with it,

Sooner or later, homeowners and home builders will need the services of a professional plumber. For one, a plumbing problem can happen anytime, and if you leave it unfixed, a small issue could lead to a large, more expensive crisis. There is also a huge chance that you will want to increase 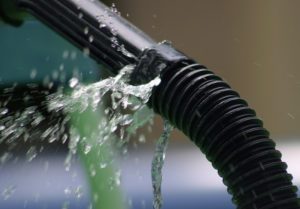